During our daily commute, we encounter different things. We see people dealing with different emotions or we find bizarre things. There are also times when we discover things left behind by previous passengers.

But for this netizen, she was completely surprised and amused after finding something that was left behind by a previous passenger. She found an old Nokia cellphone which was left on a jeepney she was riding in.

After discovering the contents of the said phone, netizen Christine Guaves shared it on Facebook for everyone to see.

According to Christine, she noticed the old Nokia phone sitting by itself on the jeep. Thinking that the phone contains the details of the owner, she picked it up and opened it. She kept the phone open, hoping that the owner will contact her.

Christine assumed that the owner didn’t care about the phone too much because it’s an old model. So she browsed through the contact list to contact the owner’s relatives or friends. 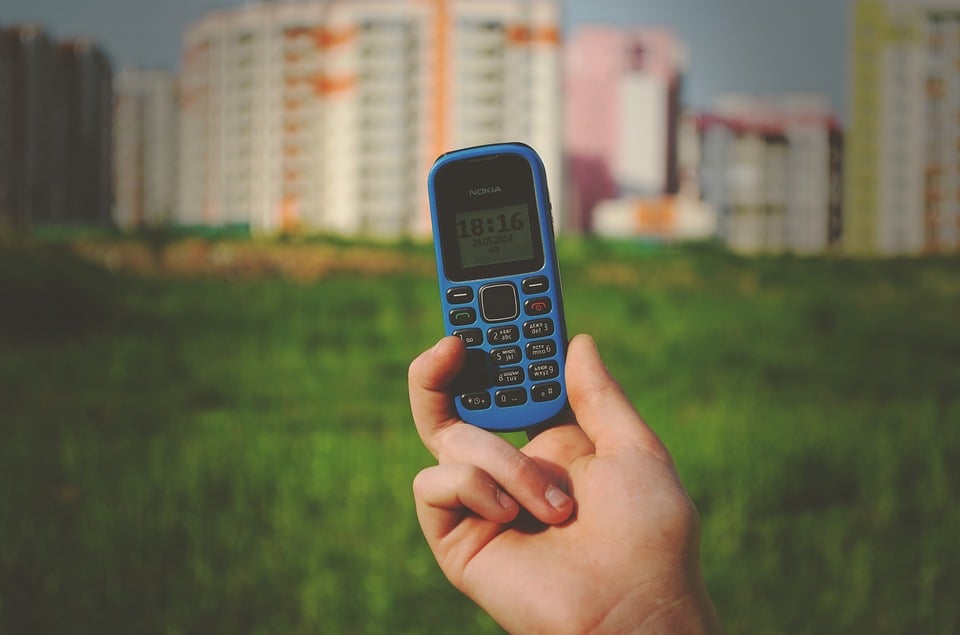 But when she checked the contacts, she couldn’t find any recent calls. The phone contains nothing else too. If you’re the one to see a mysterious phone like this, what do you think you will do?

For Christine, her curiosity got the better of her because the phone doesn’t contain anything so she checked the settings of the mysterious phone. When she checked the sim storage of the said phone, she discovered something unexpected and hilarious!

The phone contains several names, labeled as babe1, babe2 up to babe12. It was then Christine understood how “hokage” some people can get. 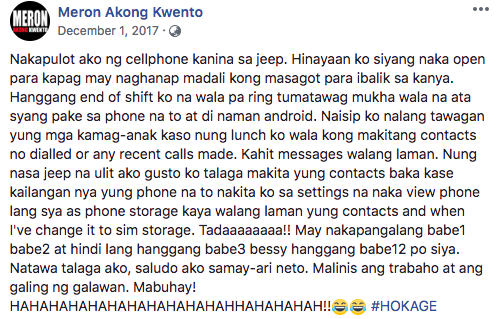 Do you think the story is funny too? Do you know any hokage moves? Share it with us!